Recently I’ve noticed a berry bush growing near the place I’m living at and on the weekend I picked a bunch of these berries. I thought they were blackberry fruiting couple of months earlier than usual. But my friend Susan tells me they are loganberries. According to the Oxford Dictionary of Food and Nutrition, the loganberry is a cross between a European raspberry and Californian blackberry and is named after James Harvey Logan, a Californian judge, 1881. 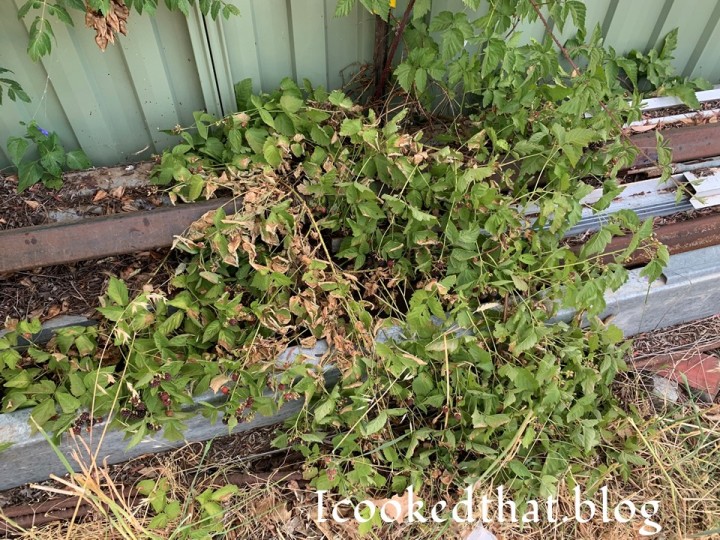 I picked a container full of loganberries and used them to made Emiko Davies’ Mascarpone and Blackberry chocolate tart. I made the mascarpone from scratch by heating 600ml of cream for 15 minute or so and then straining through a sieve overnight. I really don’t know if it reached the 90°C though and I only got about 300g of mascarpone the next day whereas Emiko suggests you should get about 380g so I am wondering if I did not heat it high enough. I added a bit more yoghurt to the recipe to make up for the lack of mascarpone and it was still just as delicious.

I made the pastry base but thought it was too dry and it cracked when I pulled it out. I decided to make the pastry again and added a bit more water which I am glad I did. I think I could have had a few more berries to have more liquid but overall I was happy with how the tart turned out. The base was rich but complemented the light vanilla bean mascarpone filling and the loganberries were sweet to taste. You can follow Emiko Davies’ Mascarpone and Blackberry chocolate tart recipe here. 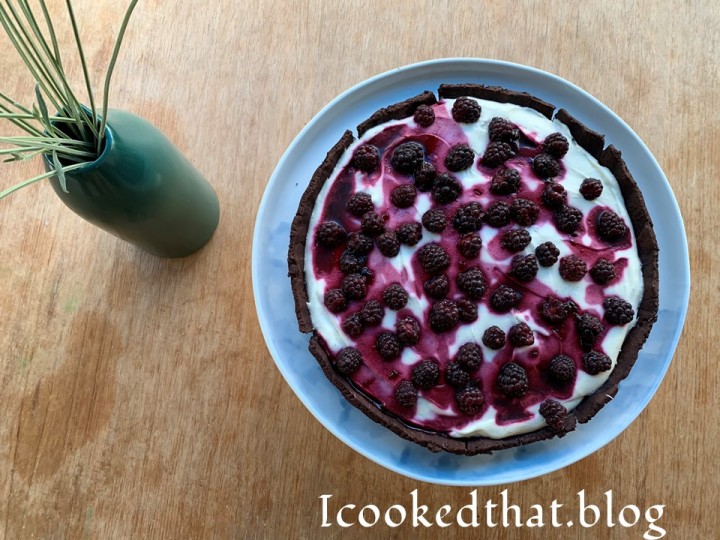 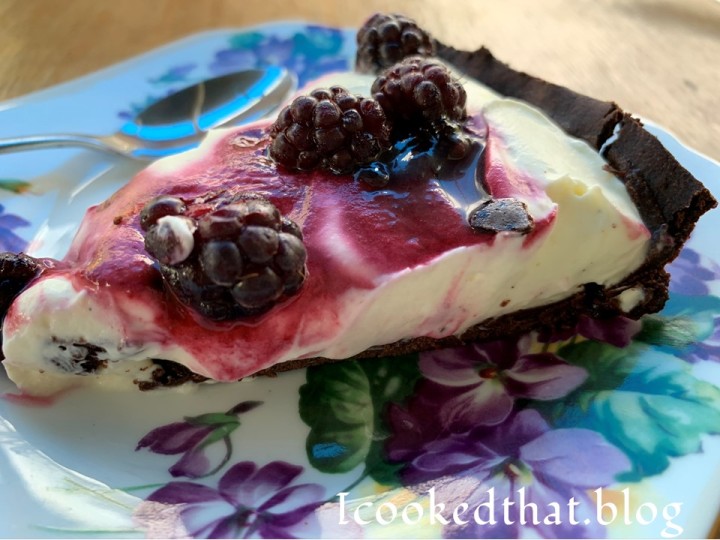