I’m making an effort to be more connected to our food sources and recently visited the Canberra Farmers Markets to purchase some produce. I splurged and purchased some chestnut, enoki, king brown and shitake mushrooms from Gooda Creek Mushrooms which I used to cook Paul West’s Pappardelle and Mixed Mushrooms. It’s the first time I have made pasta and it was too thick and took AGES to cook that Saturday night (over an hour from the prescribed couple of minutes in the recipe!) I had these romantic notions of sitting down to eat the perfect meal with a glass of wine as a lead up to the Stage 20 of the Tour de France with Tim. The mushrooms were “interesting” which is a polite way to say we’re not sure if we liked them (but we can give it another go some other time). Alas, back to the kitchen for some more pasta making practice. I share these pictures to explain what not to do with pasta making! 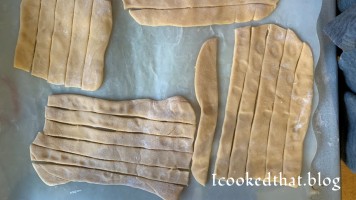 Although my pasta making skills need working on, I had good success with cooking pumpkin seeds earlier that afternoon from a pumpkin I purchased from Ingelara Farm. Ingelara Farm is a biodynamic farm run by Tobias and Beatrice Koenig at Colinton, south of Canberra. You can read more about the farm on this ABC Story “How one family uses biodynamic farming to rejuvenate weathered Australian soil”. When I asked what type of pumpkin it was, Tobias told me it was their Princess Pumpkin. I used ‘Princess’ to make soup and decided to experiment by cooking the pumpkin seeds following a recipe by Jamie Oliver “How to roast pumpkin seeds“.

Clean pumpkin seeds and then rinse.

Put on baking tray and pour a few glugs of olive oil over it and sprinkle ingredients over top (I also used sea salt, fennel seeds and chilli flakes and added rosemary leaves.) Mix to well coat ingredients. 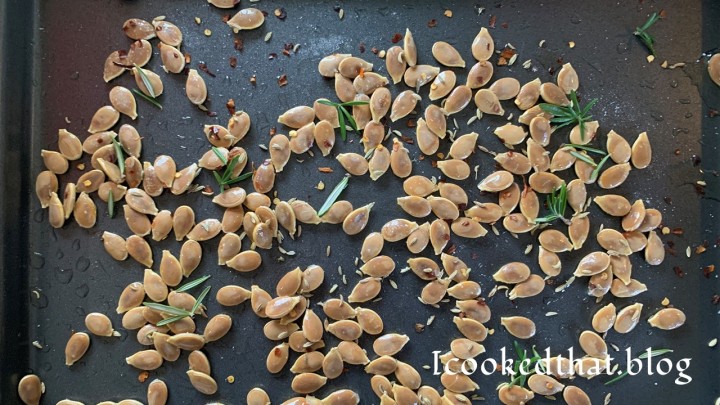 Pop in oven on 180 degrees for 10 minutes. Wait to hear them pop in your oven. Wait for them to cool before eating them. We ended up eating them all before we had a chance to store! 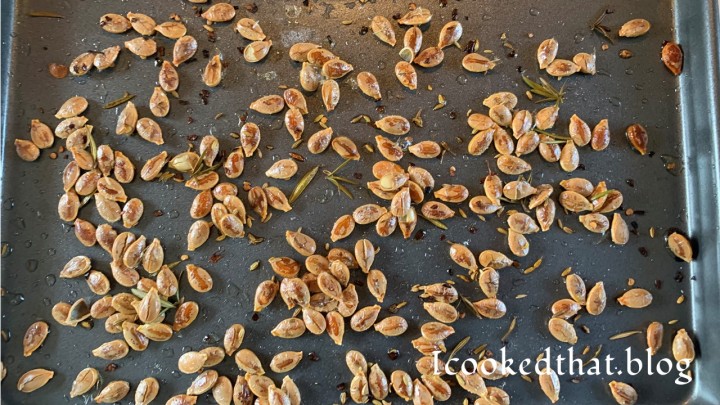